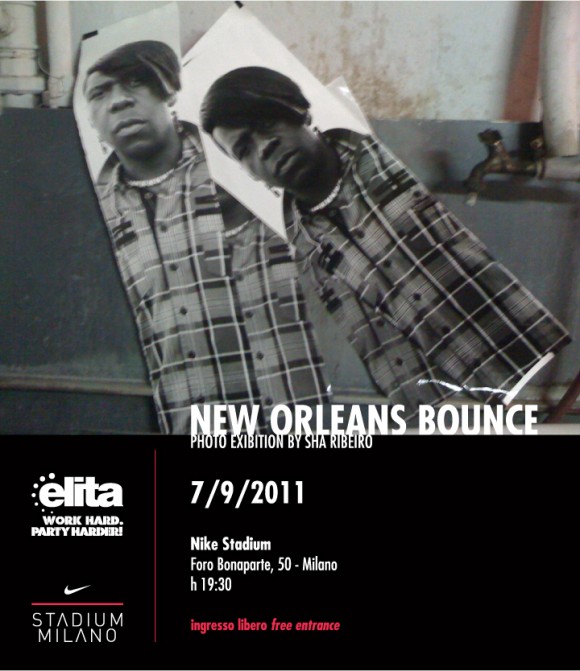 Beginning in the late 1980’s, rappers in New Orleans shaped their own distinct style that became known as bounce music; singsongy, shuffle-beat party rap that was designed, as most indigenous
New Orleans music is, to get down and shake to. Bounce didn’t take the place of lyrical hip-hop, but it complemented it, and as the movement exploded in the 90’s, locals became as passionate and proud of the
unique sound as they were of brass, funk, and other street-born rhythms.
Bounce drew from varied sources as it evolved, from signature samples like the New York group the Showboys’ 1986 single “Drag Rap” to endless variations on classic Mardi Gras Indian chants like Iko Iko.
Cash Money Records’ UNLV slung gangsta bounce, West Bank rapper Joe Blakk injected political consciousness, and DJ Jubilee invented hundreds of dances.
New Orleans has a long history of tolerance – and celebration – of gay performers, stretching back to the crossdressing hostess of the legendary Dew Drop Inn, Patsy Vidalia, and the flamboyant soul singer
and promoter Bobby Marchan in the 1950’s and 60’s.
In recent years, audiences have been captivated by a subset of openly gay and transgendered rappers, headed up on the national scale by Big Freedia,
who released “her” first album , “Queen Diva,” in 2000. Katey Red, a transgendered MC who was signed to the popular local bounce indie label Take Fo, enjoyed her first round of celebrity in the late 90’s,
kicked off the millennial wave of popularity for gay artists with her first full-length album “Melpomene Block Party” in 1998. Sissy Nobby, whose heartfelt, confessional lyrics set him apart as a unique
performer in a style dominated by themes of sex and partying, came up under their wings.
After Hurricane Katrina, Big Freedia’s relentless performance schedule in a city that had more to worry about than booking gigs brought her national attention. Now, first-wave gay bounce artists like Vockah Redu are enjoying
more recognition than ever before, and a new generation of young, openly gay rappers from New Orleans are emerging.
Sha Ribeiro’s photos visit New Orleans bounce in 2011. Gay and straight rappers, 6 years after Katrina, are dealing with a changed and still changing city, as well as a drastically altered scene, with
their underground music gaining popularity on a national level like never before. 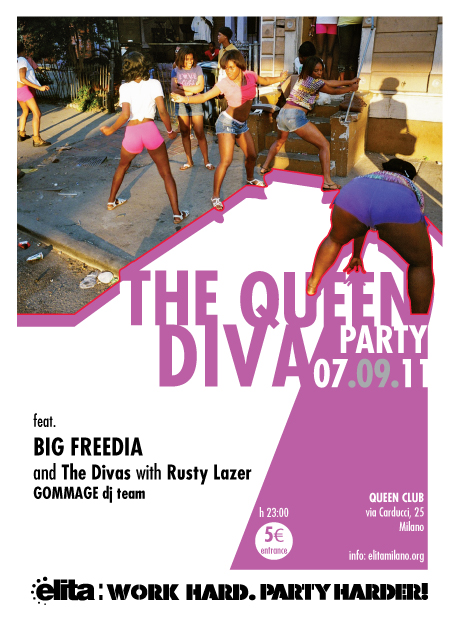